Waiting for a deadline: What’s it like to talk about Europe in East Germany?

It is a peaceful Tuesday night when we arrive in Dresden, in the North-East of Germany. It is just the second day of the route; the Central Eastern team is having a debate about Europe and European elections hosted by the Heinrich-Böll-Stiftung, a foundation that regularly organizes events and lectures about political topics. We are not expecting a big crowd, rather to have a quite informal and open debate, where people can express their thoughts freely, whatever they may be about. This is the town where Pegida, a far right, anti-Islam and xenophobic movement was born in 2014. The movement, which is not officially recognized, is known for organizing protests and public assemblies against the “Islamification of the West”, and it is considered to be very close to the far right party AfD (Alternative Fur Deutschland). Here, in the last regional elections the party got 10% of the vote, but considering that support for them is growing (according to the official predictions, they are likely to reach 26%), in the new local and regional elections that are going to be held shortly after the European elections, there is a strong possibility that the centre-right CDU might end up forming a coalition with them.

“In Saxony, we already had a strong right-wing pull many years ago. We already had the NPD (National Democratic Party, which is even more extremist in its positions than the AfD) in the Saxonian regional government twice before 2014. We always had a strong presence of far-right voters – between 10 and 15% – which has increased again with the rise of Pegida and the discussions around asylum seekers.”

– explains Stefan Schönfelder who works with the Foundation.

As people get into the room, nobody dares to sit in the front row, but in the end all the chairs are taken. Georg, our facilitator in the Central-Eastern route of the Caravans, plays a series of videos to start the debate: Margaret Thatcher’s speech in addressing the British parliament “to retain the power of this House,” a speech that is considered to be the first milestone towards Brexit; Winston Churchill’s famous speech advocating for the “United States of Europe” back in 1946, and Nigel Farage addressing the European Parliament in 2016, saying that it will be the European Union who suffers most from Britain leaving.

“What does Europe feel like in the place where Pegida was born?” – Georg asks the audience. People warm up slowly to the debate: there’s young and older people, some are more into the conversation, while others prefer to simply listen. People are mainly interested in understanding how EU institutions work and the implications of their vote in the elections. The debate lasts for about two hours. “They are all quite scared, they don’t know how the society here will develop after the elections”, Georg tells me at the end. Despite the majority being openly conservative, the weight that the AfD and Pegida have acquired here still constitutes a threat in people’s eyes. “They want to find peace, but they are still stuck in the rhetoric that circulated years ago in Germany about the Greek crisis, where the Germans were the good guys and the Greeks were the lazy people.”

This type of rhetoric that the far right has been nurturing here is now visible today in the cultivated fear towards immigration. A fear that was never so much related to the number of refugees arriving to Dresden but rather pushed through the framing of the entire question, as Schönfelder points out.

“We feel there has been a change in the political atmosphere and political culture over the last five years because you see a normalisation of extreme right-wing talking points in public discourse. Topics that five years ago would have appeared as extreme right positions are totally normalised today to talk about.”

Yet, taking a stance and going to vote in European elections is far from representing a definite solution to people’s problems. “My feeling is that people are really unaware of how the EU is connected to their lives, no matter how accurately we can explain how the institutions work,” Georg observes. The issue of a feeble “European identity” that scholars so articulately develop is most evident here: people are aware and appreciate the practical advantages that the EU offers, such as free movement and roaming when they travel, but a true feeling of “belonging” as European citizens does not find substance in much more than that. 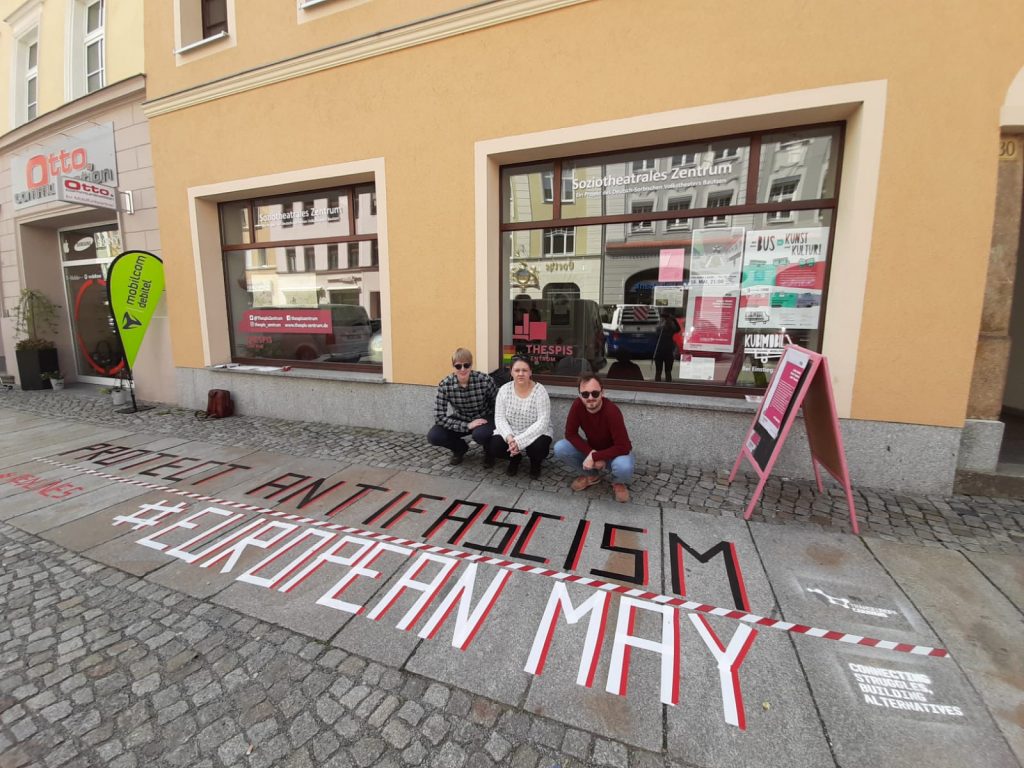 The perceived “distance” of the European Union is only one additional problem to the rise of the far right in Saxony. The issues are many and they are all interconnected, but people appear to be confused and still unable to find a concrete way out. “It’s as if they were students waiting for a deadline,” Georg observes. “They procrastinate about the threat coming from the far right, but they are uncomfortable about it. And even when they finally work on it – voting in European elections is only a last-minute solution – they inevitably end up not getting the best possible result.”

The feeling of apathy and powerlessness is tangible, and there are no easy solutions at hand. Yet, people are longing for change. Luckily, there is at least one thing that would be needed to help reduce the weight that the far right has acquired here: “I think there is a strong desire for strong solutions to the social differences and the social inequalities that exist here. We finally want big visions and strong solutions, which include a radical change in taxation and changes in property law”, concludes Schönfelder. “That’s why we have these discussions about universal basic income or debates about expropriating big property owners. There is a big desire for this and I think we need political positions that dare to think far into the future and be radical, especially on the Left.”

Report by Irene Dominioni, the communications officer for the Central European Caravans which is travelling across Germany, Austria and Hungary and exploring the theme of civic space under pressure. Follow us on the hashtags #TranseuropaCaravans #CEERoute!