Well, yes, people’s routes are rather complex indeed. I work as a journalist in Italy, covering a lot of different topics ranging from migration to European issues to general society interests. Basically, I write about whatever interesting story I set my eyes on. This is also the reason why I’m here and why I decided to apply for the Transeuropa Caravans project travelling through the Central Eastern Route. As a matter of fact, I already collected many stories that I will be happy to tell, because they are very relevant in this historical moment. As we know, Europe is not having a very good time right now. I would like to contribute in the sense of telling these stories. As the route’s communication officer, I really strongly believe that these stories could make a difference in a way. But also on a personal level, being part of the project is exciting. I was never a full activist, I have to say, in the sense of being an activist by profession. It seems that in my team there are people that are much more skilled than me at doing this.

But at the same time, it’s giving me so much to be a part of this and taking action myself in promoting the European elections, speaking with people about Europe and trying to also go beyond.

Part of my family on my father’s side is from Rijeka, which is in contemporary Croatia, but which used to be part of Italy, and before that, was part of the Austro-Hungarian Empire. I believe that these shifting borders and boundaries also exist in our minds, giving us multiple identities in geographical terms as well as in ideal terms. Many experiences that I have, but also what we experience on these routes, show that our cultural roots are often multiple and there are always multiple sides to discover from them. That makes it all the more interesting. I was born and grew up in Milan but then I always felt the urge to be outside, to be travelling, to discover new places and meet new people. My first experience abroad was when I was 17 years old. I went to California in the United States as part of a high school exchange programme. That was the very first transnational experience that really changed my worldview and my aspirations about the kind of person I wanted to be, and the kind of things I wanted to do in life. Driven by this urge to be outside, I found this amazing Masters programme that allowed me to live abroad for two years, in Europe this time. It took me to Denmark for a year, to Aarhus, and then for another year to Amsterdam. 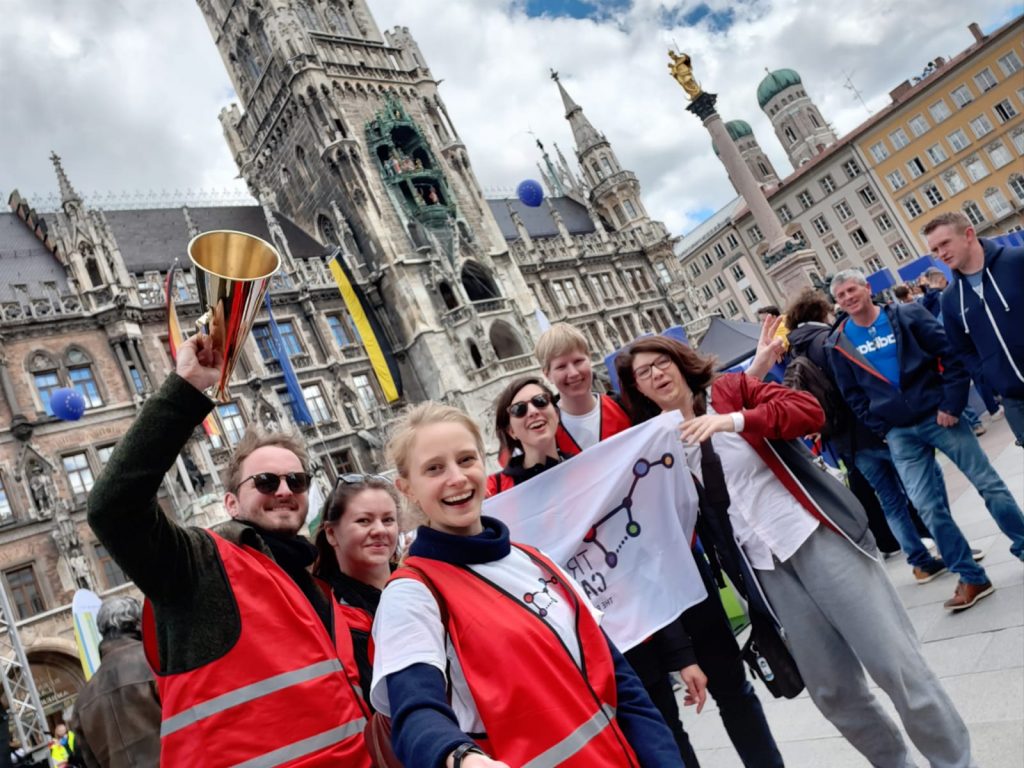 In this programme I was studying together with one hundred international students from all over the world and that was another experience which nurtured my desire for foreign knowledge. I would say it has very much opened up the ways I think of myself and the ways I relate to  and interact with people. During my first experience abroad, in the United States, I felt the differences with my own culture and that was very exciting, but it can also make you feel weird in a way. I don’t know if it was because I was older then, but the Erasmus Mundus Masters in Denmark and the Netherlands was different. I felt home, you know, in these places, with all of these people coming from I believe 60 different countries, from across and beyond Europe. There was this full mix of people all with their stories, all with their backgrounds and yet it felt like home. Talking to people, you really find we’re not that different after all. Of course, if you’re coming from China, or from Brazil, or from France, it is very different how you live your life. But then again, people are similar, we feel the same emotions. Maybe we don’t have the same way of expressing them, because of these cultural differences, but we’re all humans and so I don’t think we should be afraid of each other in any way. Going back to how Europe is doing these days and the fear of the other, I have really learned, thanks to my experiences, that there is nothing to be afraid of really. Speaking with other people who have been travelling the world, they feel the same way, you really discover the love for difference and find that these differences are oftentimes not that wide, they are not an impeachment for fruitful communication and exchange.

What was one of your highlights on the Central Eastern route thus far?

Speaking from the point of view of a journalist, the media tends to report always on the bad news, the bad news is more newsworthy than the good news. In that sense, you could argue that this project is probably too much of a “good news” story to report about.

But nevertheless, I was just contacted by this producer from Arte in Germany, which I later found out is one of the major public broadcast TV channels in Germany. I was very pleased to have been contacted by these guys and that they were taking an interest in what we were doing here. As a Franco-German production which broadcasts in different European languages, Arte is also transnational, which fits really well with our project. We met these journalists at the very beginning of our trip, so we didn’t have as many stories as we would have to tell them now. But the fact that they came to film us and they gave us this type of attention makes it all the more meaningful. We tend to be distracted, especially in the media, because there is so many things happening in the world all the time. Also, the speed of news has become so fast with the internet and you just don’t have a second to slow down and focus, or really reflect on what’s happening around us. So to have this media coverage from these guys maybe wasn’t that exciting or surprising, or as emotionally strong as other things that have happened to us so far along the route. But still I appreciate it a lot and I think it tells us something. It tells us that when newsmakers have the time to stop and think and really evaluate what is worthwhile reporting on, they found that we were one of these stories. I think that’s valuable and I’m happy that this happened. 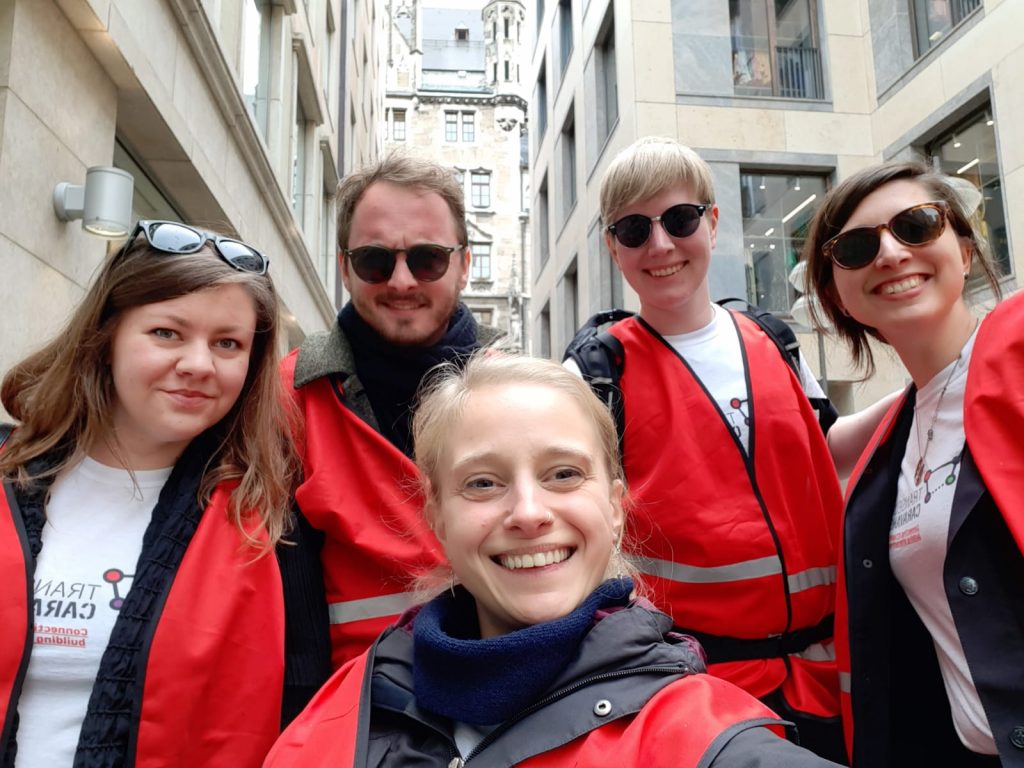 I am still learning plenty of things. On the one hand, I’ve once again experienced the confirmation – and this is still striking to me for some reason – of how easy and natural it can be to approach people and to talk to them. All the people we talked to so far, it’s been so easy to approach them and most of them have been really excited about what we are doing and really supportive. For me, this is once again a confirmation that we all share a lot, even though we don’t know each other that well, even though we meet people in the street for the first time and then we might never see them again. Yet, somehow, we are all part of the same thing. The Caravans project somewhat represents the dream of the kind of Europe that we want, and this dream doesn’t have to be that far away.

This is also something that I have learned: it can be hard, of course – we all have our daily lives – but to go from thought to practice, from mere thinking and reflecting into taking action, it really takes so little. On this trip we are meeting people who are very active in their local communities, on the ground. The Fridays for Future participants are really a proof of that. These kids are so young, but they are very active, also cooperating in a transnational way. Indeed, adopting a transnational approach is essential to really change the narrative. It is so exciting and important what they are doing in that movement – to be a protagonist in the type of dream that we want to cultivate. A Europe that is sustainable, a Europe that is filled with solidarity.