Article by: Nina Erkkila, communications officer on the Baltic Route

Transeuropa Caravan’s Baltic Route-team were travelling and engaging local citizens in Sweden, Finland and Estonia just before EU-elections last May. The focus of the trip was to concentrate on the topic of sustainable living and climate change. With co-operation of local activist groups and grass-root-movements, Baltic Team managed to explore the hot topic of the environment from a Nordic perspective. One of the reasons for putting the focus on the green country of Finland is, that it will host the rotating presidency of the council of the European Union starting next July. This time Finland might even have a chance more than usual to adjust the EU policy orientation for the 5 years, as the new parliament is just elected. 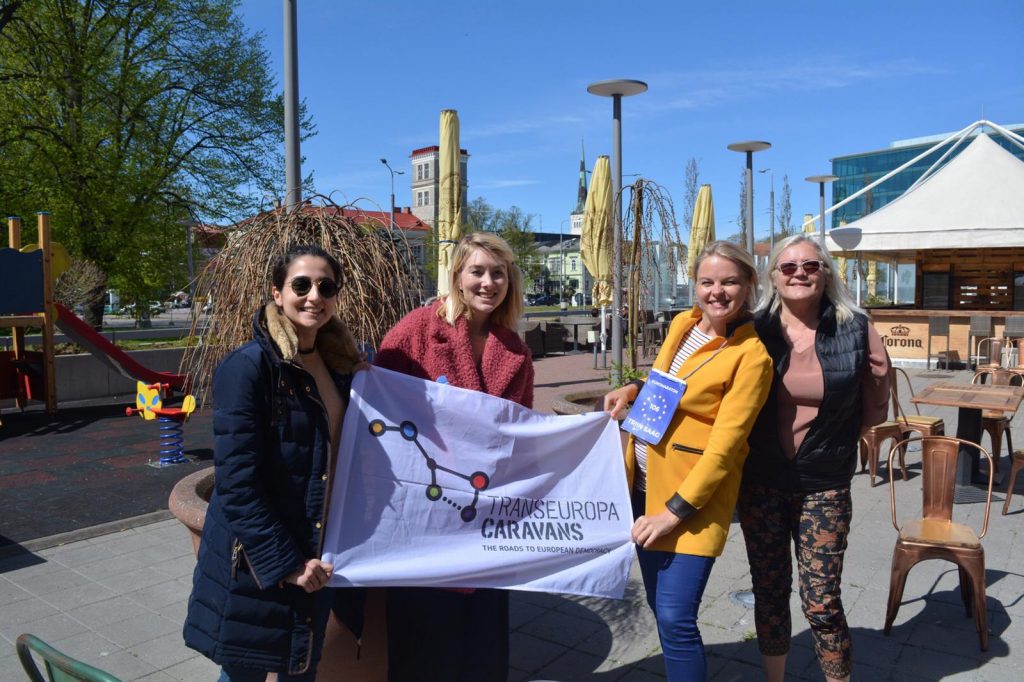 Finland has been living a year of great elections and political opportunities. European Parliament elections took place only 1,5 months after the national elections, that resulted for historically even share of places in parliament. Six largest parties; social democrats, Finns party, National coalition party, Centre party, Green League and Left Alliance shared the seats rather evenly and this led to no big winner this time. Despite the odds, forming a government was a rather fast process and is now consisting of a center-left alliance. As their first job, the new government confirmed coal exit for Finland ahead of the schedule by 2029.

Publics increasing awareness of the environment and media attention to climate change made the elections focusing on climate and sustainable solutions more than usual. These privacy and silence loving people of the North were following the example of Greta Thunberg and took part in mass demonstrations and Friday school strikes. Transeuropa Caravans took part in one of these demonstrations in the city of Tampere. These persistent young students have been demonstrating in front of the city hall every Friday half a year now. One of the event organizers, Emma Pohja told us: “Sometimes we are 50 people sometimes just five, but every Friday we come here. Mostly we get positive feedback, but some people are also very skeptical if sitting here helps anyone. But we want to be the example. Someone has to do it” In Finland climate skepticism is small, but many people are critical if a small country can influence on a global scale.

Sometimes we are 50 people sometimes just five, but every Friday we come here. Mostly we get positive feedback, but some people are also very skeptical if sitting here helps anyone.

This is exactly to point that was worrying our Caravan a lot. Small Nordic countries have been doing for years of remarkable environment policy, but when asked from the ordinary citizens, people are lacking faith. This comes down to the fact that on a global scale, Nordic countries that approximately have 4-8 million inhabitants each, are losing their voice in global arenas. Regarding this, seldom happening events like hosting the presidency is a great way to raise awareness and to attract attention to the topic of the future. 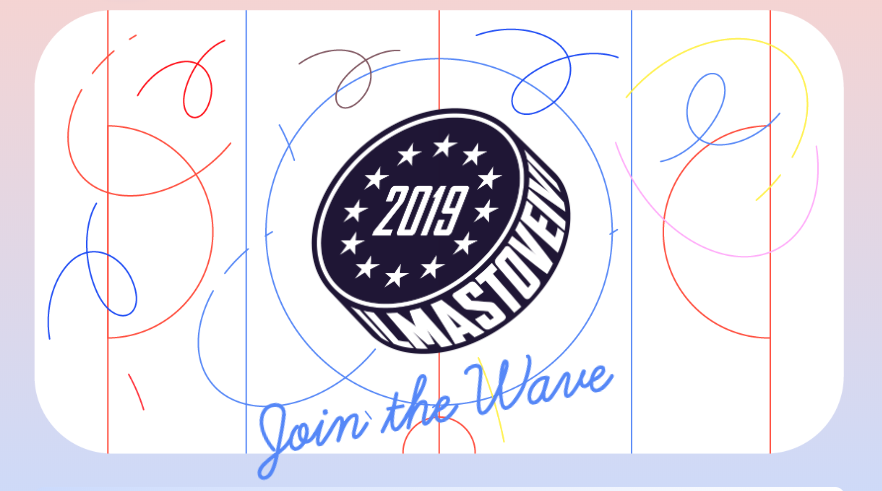 Part of the work is grounded in the climate movements that have been popping up like mushrooms in Autumn just before the elections. The Baltic team os Transeuropa Caravans joined to one of their demonstration that was held outside of Säätytalo (House of Estates) in Helsinki 14th of May. The government negotiations were on and all the movements and unions wanted to make sure their interests were heard. Finland has always had a rather weak demonstration culture. Speaking your mind publicly on the street has never fitted for their introverted country, where privacy is highly valued. This spring something really triggered a different outcome, and that is citizen’s worry about their climate. And they are not alone, it is truly a global threat.

One of the new ambitious climate movements is called Ilmastoveivi. Their first and foremost goal from the very beginning on has been to limit global warming to 1,5 degrees Celsius. Currently, they are collecting names for their petitions that would be then handed into prime minister and further on have an impact on EU-level, where the decisions are made. Now taken into the account that the new government has three key ministers from the Green party, environment and climate-, interior- and foreign ministers, it would be surprising if this following presidency would be not used for solving our complicated climate dilemma. Let the North light the way, with the help of midnight sun and green energy of course!