What is happening in Europe at the moment can feel very different in very different places. On our Northern Route to Scandinavia and the Baltics, what struck me the most was the silence: as if the landscape and low population density went hand in hand with a general feeling of peace and security, the urgency to save Europe that I had felt throughout the past few months in Berlin and other places was much less present. While the European elections were very present in the public space through the parties’ election posters, the non-partisan mobilization was much less visible.

I asked myself: How to bring urgency to political culture, in which the general mood seems to be that of prosperity? And who are we to do so? This peacefulness also made me question the sense of urgency we were trying to convey: maybe, these people are right! Maybe, we are freaking out in Berlin and elsewhere. So the endeavor was not only to convey messages but also to collect them and to learn about solutions and good practices on this route – learning from the North. But did this political climate manage to congest us with a sense of optimism?

For me, I can say that it did, but that I also leave the North with mixed feelings about Europe’s future. On a flea market in Helsinki, for example, I had a long conversation with Joni, a postman who had been doing his profession in Helsinki for the past 40 years. “I’m a European!”, he proudly told me. “I have been to Great Britain more than 100 times since the 1970s because I went to so many concerts. Do you know Genesis? And football, of course! I cheer for Liverpool. I don’t support Finland in Football. Only in ice-hockey.” When I asked him about free movement, he said: “I often go to Tallinn for concerts. Tallinn is different than Helsinki, but the Estonians and Fins have one thing in common: the sauna! I go to the sauna 4 times a week – it keeps me young and fit.” This man constructed his European, post-national identity around music, football and culture in general. “Culture is European! I don’t understand how politics can become national again.”, he said referring to Brexit and appealing to us to continue our work of strengthening ties between European citizens and activists. On the same flea market, another vendor told us in Finnish, that he is a convinced EU-critic.

“Culture is European! I don’t understand how politics can become national again.”

While he does vote and also encourages everyone to do so, he said that he disapproves of the EU’s influence on Finnish relations to Russia. Finland should have autonomy in that matter, he said, and it is not ok how little citizens have a say in politics on a European level. He was an informed critic, whose criticism maybe wasn’t heard by those responsible – making his discontent grow and making him an anti-European activist.

14 days, 3 countries, and countless such conversations: the route leaves me with a need to reflect about the general political climate that we encountered and what to derive from it for our political work, but also what message we could spread after such a deep dive into a new and complex political landscape. In sum, the trip gave me a gist of what the future might look like – hopefully! Self-organized public places like Sompa Sauna, a good presence of green topics and politics, young people trying to organize themselves and their activism throughout geographically challenging areas such as Finland, Fridays with Greta Thunberg and many more – many good things will still come from the European North. But I also wonder how much time we have left, and whether voters in the North are aware of what they could achieve: making Europe greener, more democratic and future-oriented, in the present already. We hope to have spread the word. 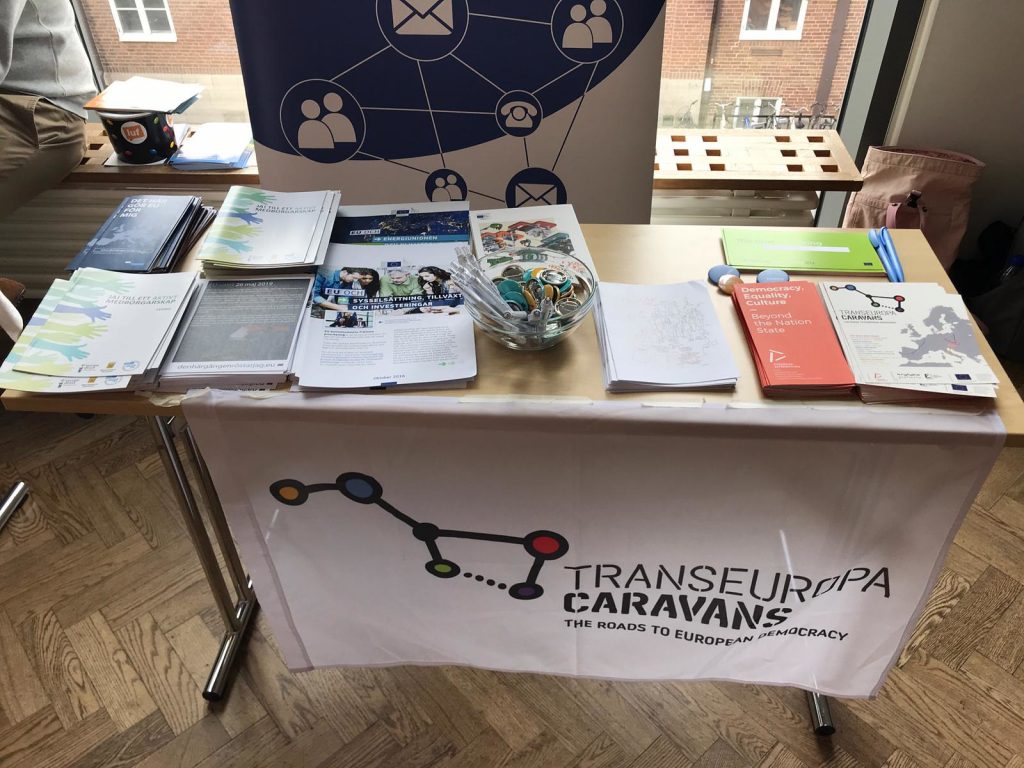