Excerpts from interviews conducted by the Visegrad caravan. Follow us on the hashtag #Visegrad Route.

Justyna Janowska, member of Intercultural Centre in Prague: Our organization was established in 1999. At the beginning, we were focusing on the inclusion of Roma people; later, we broadened our research onto topics such as multicultural society, minorities, the LGBTQ community and migrant workers. Recently, we have started to work with students in primary and secondary schools on introducing democratic processes to schools. Although one of our major interests is work on migration. We created a web portal devoted to migration in Central-Eastern Europe (migrationonline.cz). We are also providing workshops about intercultural communication for companies that are hiring migrant workers. I must say that many well-known companies such as Skoda are interested in improving their relations with foreign workers. Of course it is a way to present themselves as an ethical business.

As opposed to other organizations, we don’t work directly with migrants but we conduct research on work migration. Our publications are presented to legislators and other authorities who have power to change the law and improve the situation of migrant workers.

Our main goal is to make real change and to work with the Czech society on spreading awareness about the reality of migrants in our country.

In Prague, every fourth worker is a foreigner. In the Czech Republic – every tenth. The biggest group are Slovaks, but we have Vietnamese people, Russians, Ukrainians, Poles, Mongolians, Romanians and Bulgarians. They work in food-processing plants, car factories, agriculture, construction, healthcare and gastronomy. Vietnamese migrants are running small food stores.

Our policies on migration are rather conservative. If you are not from the EU, you can work here due to particular programs dedicated only for certain countries or only for specified jobs. In 2017 the foreign police reported 3000 illegal migrants. The biggest problem was Ukrainians working here on Polish visas. It was much easier to get visa to Poland than to Czech Republic, but here migrants can earn more, so job agencies located in Ukraine and Poland came up with the idea that their workers could apply for Polish visas, and then they will outsource them directly to Czech companies. This phenomenon created  a huge grey zone in the market but it ended with a no-visa law. Since then, many Ukrainians have come here as tourists, they work illegally for three months and after that they go back home.

What is very interesting is that not only foreigners are hired through job agencies but so do Czech citizens. The main explanation for this phenomenon is money: on a freelance contract, you can take as many extra hours as you want. On the other hand, you are first to be fired if the company faces a crisis.

It is said that job agencies are worsening work conditions – but on the other hand, they replaced brokers and middlemen, who often had links with the mafia and gangs, and were exploiting people even more. 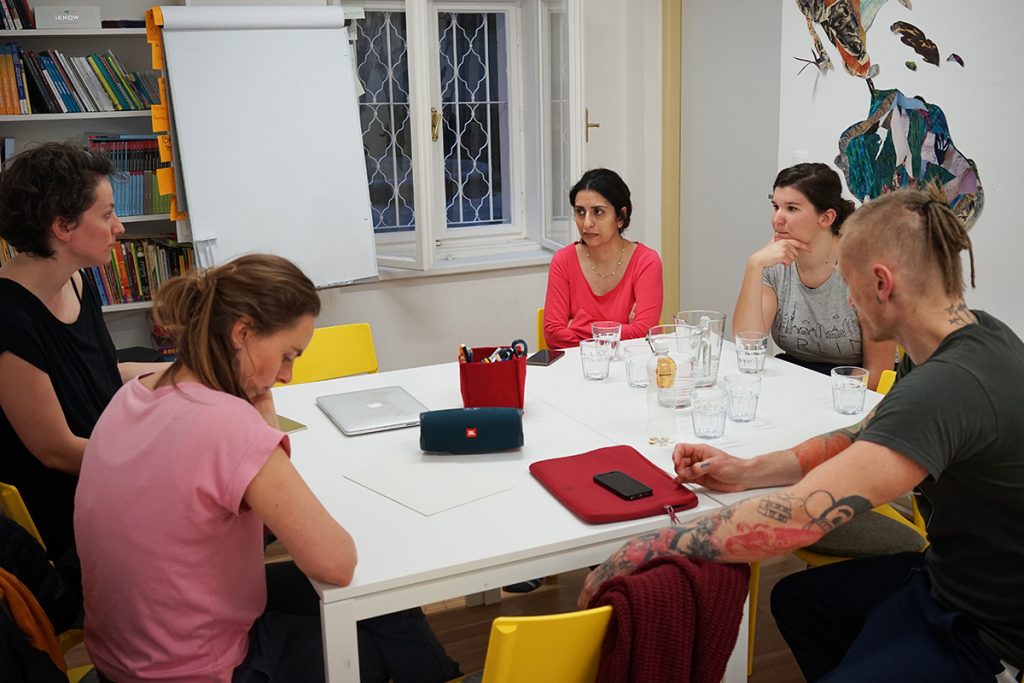 Petra Baborovska from Centrum Pro Integraci in Mlada Boleslav:  Our company was established in 2003 in Prague, where the main office is. In Mlada Boleslav, we have been since 2011. For 7 years our activity was limited to social counseling once a week, which was paid by the municipality. Though in November 2018 we received a three-year grant from the EU, which enabled us to widen our offer. I work as an education coordinator and my colleague helps migrants with problems such as employment, work conditions, housing, social security, insurance, family status. We provide Czech courses for 30 clients and other 30 people are on the waiting list. Each half a year, our students get a language certificate. We also offer job clubs four times a year, during which we talk about work related issues such as: what should be in a contract, how to build your CV etc. In order to integrate Czechs with migrants, we organize various activities such as movie screenings.

In Mlada Boleslav there are 15 000 foreigners: mostly migrant workers who work manually in local factories such as Skoda. Our initiative is dedicated to all migrants – EU and non-EU citizens, and those who are here illegally. We don’t judge them. We are here to help. Many migrants are from Russia, Ukraine, Azerbaijan, China, India, Mongolia, Poland, Romania, Bulgaria. Many of them came through job agencies. Around 30 agencies operate in our region. Not all of them are trustworthy, some exploit their workers.

Our Mayor does not present a positive and open attitude towards migrants. Unfortunately, some of our citizens are influenced by his propaganda. We are trying to change this view by organizing events for migrants and Czech nationals.

Many of our everyday activities are coordinated by volunteers, for example if a migrant needs individual help with language or other issues we connect him with a volunteer.

Monica Gašparová & Klara Tihláriková from Mareena in Bratislava: Our NGO was built out of a community that gathered during the so-called migrant crisis. We wanted to be prepared if refugees had come to Slovakia. We wanted to help them with housing, documents, integration and so on. Though finally only few of them actually came. We didn’t want to waste the energy and the sense of community we had created, so we established Mareena in 2017. We have ten paid workers and an army of volunteers. We provide Slovak courses for foreigners, English for migrants and Slovaks and also Arabic course. Every week we organize community meetings, language café, movie screenings etc. At the beginning, we were focused on refugees, but now we are trying to help all kinds of migrants. We provide career mentoring: 10 week course, during which people meet on regular basis to discuss how they can find a job, write a CV, after that course they can ask for a mentor who help them with their career needs. Mentors are volunteers who are good in a particular profession.

The Slovak government don’t want refugees so those few who came instead of asylum received temporary protection which is valid only for a year. So many people as soon as they get it, they flee to another countries, in which they can apply for asylum. In 2016, the Slovak government accepted 160 Iraqi Christians. They came to Nitra, where we have our coordinator. 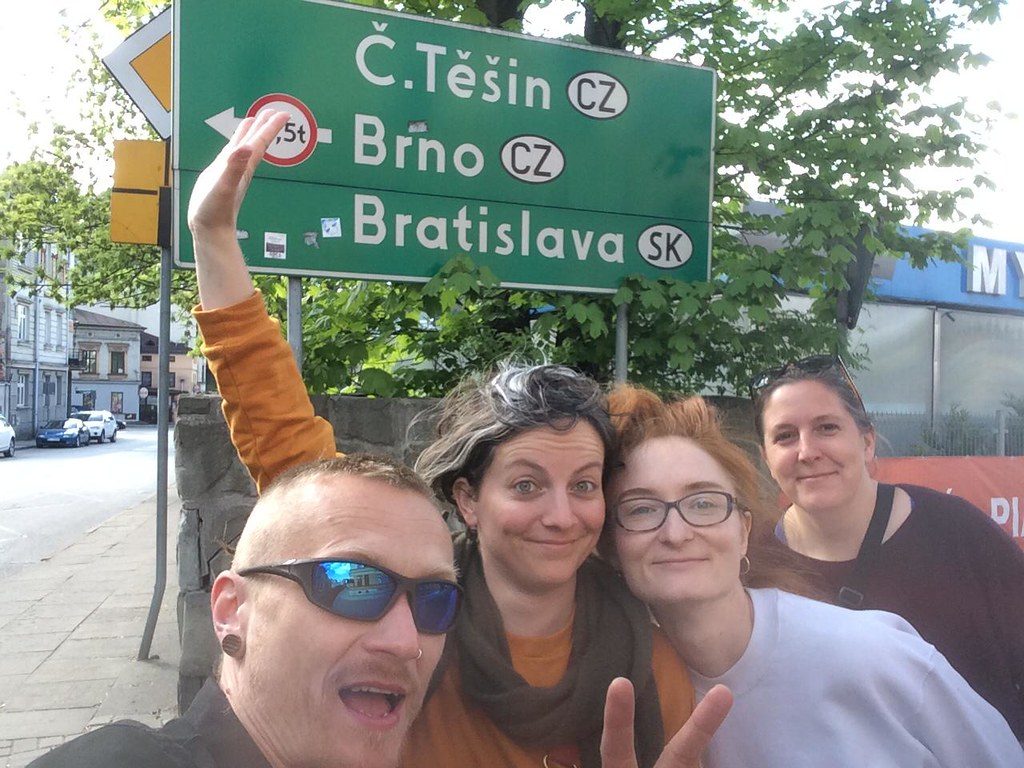