Welcome to Dresden, where the far-right has taken over (and now wants to become allies with the CDU)

Dresden and Hoyerswerda are just two examples of places in Germany where the far right: the AfD, the NDP and Pegida have acquired great weight. But among nationalistic discourses and issues arising from the xenophobic legacy of the DDR, there’s still some who fight back. While waiting for elections (European and local.) Irene Dominioni from the Central Eastern Route reports (originally published in Italian in Linkiesta.)

Dresden is a clean and tidy city, very silent. It’s almost unimaginable that here, in February 1945, the Allies’ bombs were falling in tonnes, killing tens of thousands of people. But it’s even more incredible to think that the new nationalist right in Germany could be born in what once used to be one of the most important cities of the DDR, East Germany, the socialist state which promised secularism, equality and work for all.

Not even the Wiedervereinigung, the reunification of 1990, could have reconciled what had de facto been a separate state, different in every possible way, from the country on the other side of the Wall.

It is said that it was exactly because of this separation that the citizens of the former East Germany, in Saxony which had always been an important Land, have developed a sense of defeat, feeling like second class citizens in the eyes of Mother Germany. It is exactly on people’s frustration that the far-right started to build here, breathing onto people’s fears and fragilities, feeding their lowest instincts, perhaps of envy towards others’ wealth, certainly of jealousy about their own identity of “authentic Germans”.

Pegida, the German ultranationalist, xenophobic and anti-Islam movement, was born right here, and even until recently its protests and public meetings were able to gather up to 20,000 people. The fury might have calmed down, but this doesn’t mean that the ideology is holding any less strong in the area. Rather, together with the Alternative fur Deutschland and the NPD, the National Democratic Party – even more extremist compared to the AfD and basically fascist – has sneaked into the public posts and system, becoming institutionalized.

“In Saxony, we already had a strong right-wing pull many years ago: we already had the NPD in the Saxonian regional government twice before 2014 (Saxony was the first German Land to open up its doors to the neo-nazi party in 2004)”

– explains Stefan Schönfelder, who works with the Heinrich-Böll-Stiftung, a progressive and environmentalist Foundation which regularly organizes events and debates on political topics. “We always had a strong part of far-right voters – between 10 and 15% – which has increased again with the rise of Pegida and the discussions around asylum seekers.”

If in the last ballot cast the AfD only got 10% of the vote. The next municipal and regional elections, scheduled shortly after the European elections of May 26th, could see the far right acquiring more weight: up to 26%. If this was the case, the Christian Democrats of the CDU, still a majority around here, could be forced to form a coalition with the AfD. At that point, the political scenario would acquire even darker and more dangerous tones: a loose cannon in the Saxonian government would potentially destabilize the state itself, with consequences even at the international level.

It is a tangible possibility, and the effects are immeasurable: “we see there’s been a change in the political atmosphere and the political culture over the last five years. Topics that five years ago would have appeared as extreme right positions are totally normalised today to talk about. That’s why AfD people feel in the right to defend extreme right positions,” Schönfelder explains. 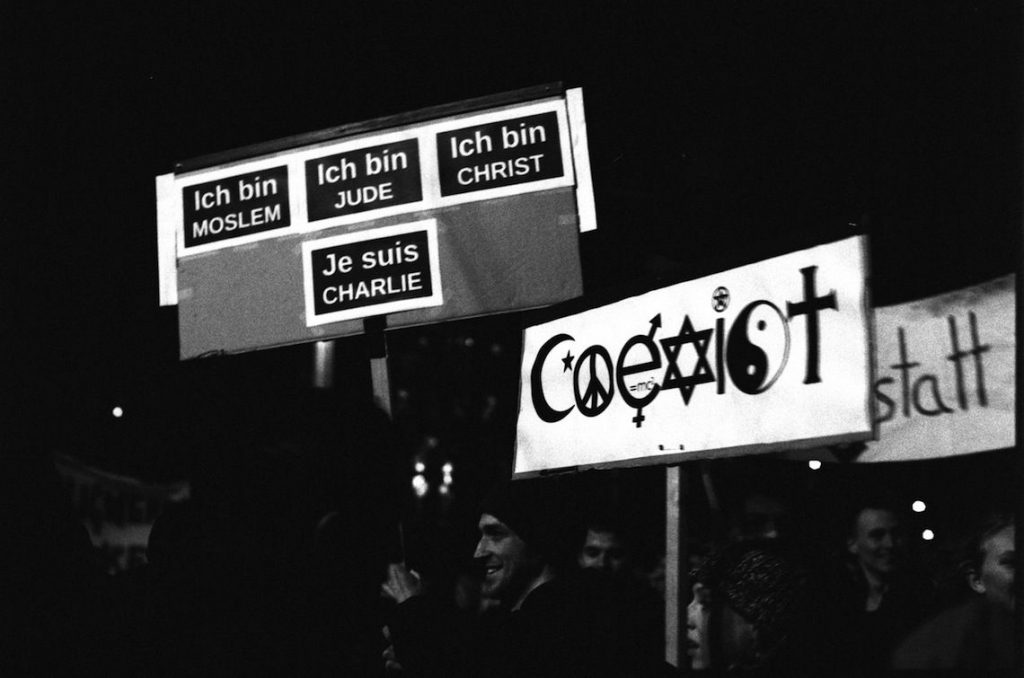 In this context, despite being the closest to date, the European elections cannot be considered a true testbed. “European elections tend to turn out in more liberal and left results than the regional elections, so they are not such a strong indicator of our local reality,” Schönfelder observes.

“The developments are pretty unpredictable in terms of the election results, because we have contrasting signals on a daily basis. But non-right results in the communal elections would send a good signal for the next regional elections, too.”

The atmosphere is equally tense in Hoyerswerda, a town of 30,000 people a few kilometers away from Dresden. The place is known for having been the scene, in September 1991, of an actual “immigrant hunt”. Here, 27 years ago, a group of neo-nazis first attacked street sellers, then a hostel where a number of African workers were staying, finishing with an attack with Molotovs in an apartments hosting asylum seekers. The nightmarish four days heavily marked the name of the town, “although Hoyerswerda has changed a lot and for the better over time,” recounts Henri Müller, a youngster from the youth section of Die Linke, the German left party, who is also a candidate in the municipal elections. “The anti-fascist work that is done here is very important, today we are much more open to the world, and even to immigrants people are no longer as violent as they once were.”

Even the asylum seekers, who had to leave by bus in 1991 to escape the possibility of further violence, have returned. “In total, there are about 600 in the city,” says a young activist who has worked for a long time on the reception of migrants. The number constitutes an absolute minority of the total population, but this does not detract from the fact that their presence is received in an extremely negative way: if in Germany 20% of the population believes that there are too many immigrants in the country, in Saxony this percentage rises to 60%. No wonder then that in Hoyerswerda the AfD took 30% in the last elections, even if “only elderly people live here now,” as the activist says.

If at the time of the GDR, the town had over 70,000 inhabitants and was an important industrial centre. Since reunification the population has halved. Unemployment today stands at 11%, a figure that is not staggering in itself. But still “finding work is difficult, here is the main problem”, points out the activist. And if it is mainly young people who leave, it is even more worrying that many women also pack their bags, statistically more educated and independent than men. To the point that in the region we have begun to speak of a real “crisis in the affective market”: faced with a growing number of single males, the grip on the population of a culture of intolerance and hatred takes on even more defined contours.

It is difficult to predict how the elections will turn out in the end. There is a lot of expectation among the people, but also a lot of fear: here a victory of the xenophobic right would put at risk, more than elsewhere, the quiet life of the people. And much more.

“I believe that there is an urgent need for radical political solutions to resolve the social inequalities that exist here.”

– admits Schönfelder. Saxony as a metaphor for Europe? Who knows? What is certain is that, if nationalisms resemble each other everywhere, the response to the rise of the right must be equally unitary. “We need a broad vision and strong solutions in terms of taxation and private property. That is why today there is so much talk of a universal basic income or the expropriation of large properties. We need political positions that dare to go beyond the hedge and that are truly radical, especially on the left”. In short, optimism for now is better to keep in your pocket. We need to get ready, but before rebuilding Europe, we need to neutralize the ticking time bomb.