After the experience in Ljubljana (Slovenia), we crossed the border with Italy and headed to the city of Udine, in the Friuli Venezia Giulia region (north-east). There we organised, together with some local organisations engaged in the work with asylum seekers and migrants, a World Cafè.

The event took place in the Circolo Arci MissKappa, a recreational place that offers different opportunities of social and cultural interaction (concerts, meetings, hearings, ecc.), involved in hospitality-related activities and especially in the organisation of free Italian language courses for newcomers.

The World Cafè format is an easy-to-use method for creating a living network of collaborative dialogue around questions that matter in service to real work. Carried out in groups of about 5 people, to facilitate the connections, it proved itself a very effective method to foster the interaction between people from different backgrounds and the sharing of ideas that otherwise might have remained unspoken. 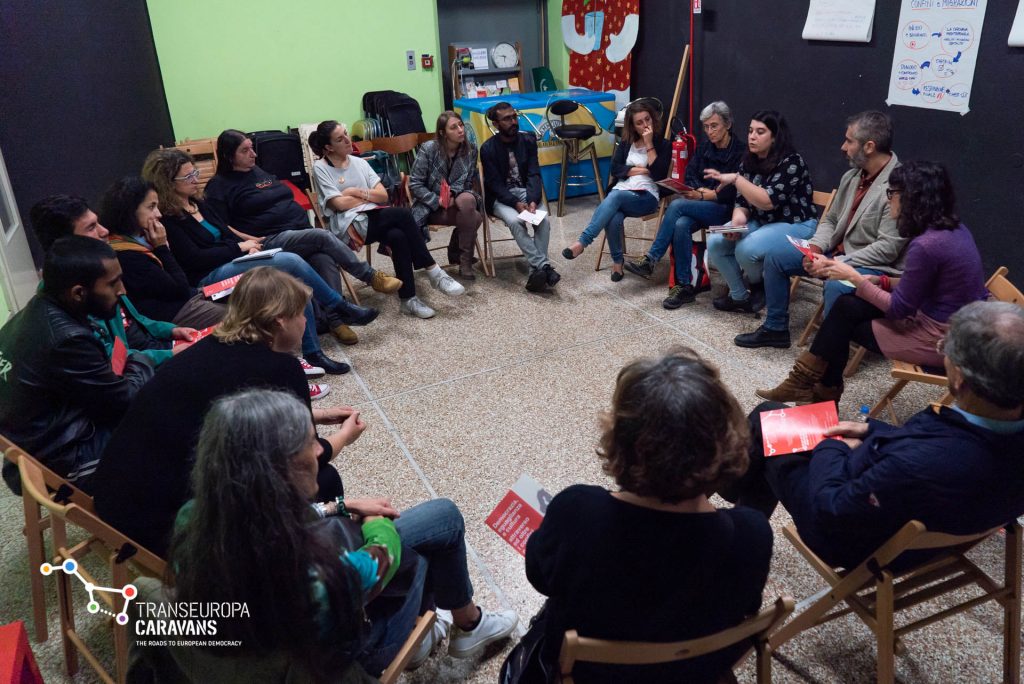 That evening it revolved around the themes of integration of migrant citizens in Udine and its aim was to reflect on the ways and tools to create a more welcoming city for newcomers. This was in fact the opening path to talk about mobile citizens’ rights and participation to the social and political life of Udine. The participants to the evening were around 30 and comprehended people with different levels of social engagement and background: from activists and intercultural operators from different local organisations such as OIKOS, Ospiti in Arrivo and La Carovana Artistica, to the more general public and newcomers involved in language courses at Circolo ARCI MissKappa.

We started asking them what kind of actions or small practices they already implement in their daily life to create a more welcoming city. Some of those actions referred to an interpersonal sphere, such as including in their daily life small gestures of help towards others or fostering a general attitude of “respect first” to whoever you might encounter; other practices acted more on the structural level, such as providing Italian language courses to newcomers or other basic needs services, like free showers and food provided by some of the organisations involved. Some also mentioned creating moments of “social animation”, such as neighbourhood gatherings, parties and social dinners to help people connect and get to know each other.

To move the conversation on a deeper level, we asked them to define what are the challenges that they face in implementing those activities and reaching the overall goal.

One of the most heartfelt obstacles has been the hardship for migrants and asylum seekers to obtain residency papers, that heavily impacts the possibility of being hired and consequently the access to mobility rights, social rights and the participation in the socio-political life of the country. 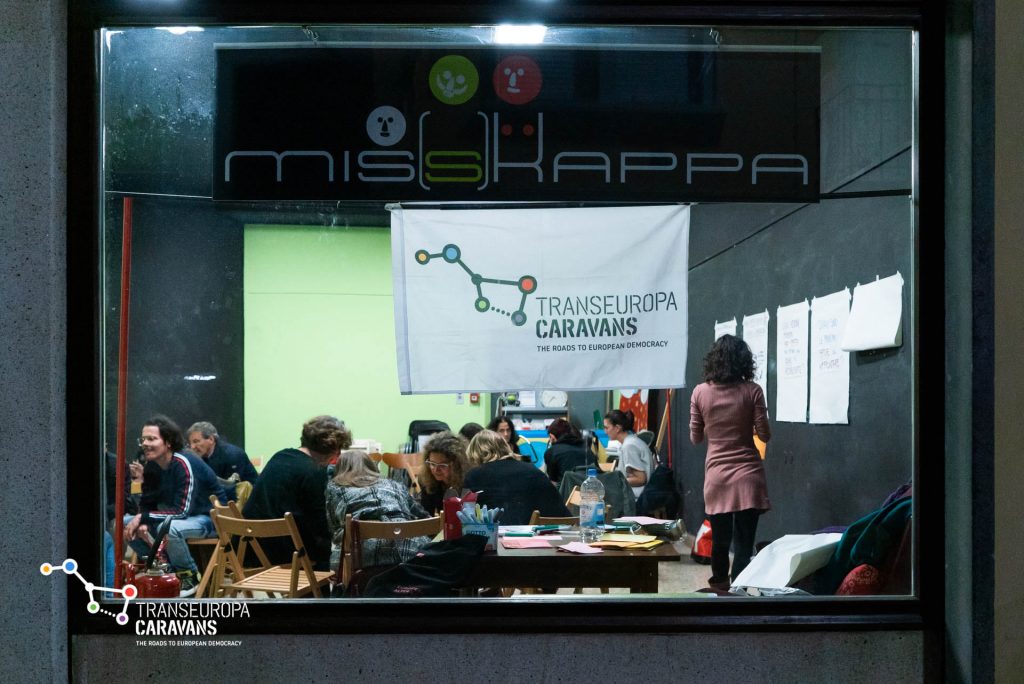 Next to that, one of the other biggest challenges concerned the world of politics: on the one hand, the struggle of being capable of influencing the political discourse at the different levels (from the local city administration to national government and international bodies); on the other hand, the lack of visible and active groups of representation for migrant citizens has a heavy impact on their agency and influence on the political discourse and agenda, both in Udine and in Italy in general.

Lastly, we explored with them what future actions they want to implement to transform Udine in a more welcoming city. This is when creativity broke loose! The activities they mentioned ranged from practical and short-term activities, such as creating a “kids’ party” in the neighbourhood, cineforum, setting up a multicultural choir, starting a course on social photography to document their city, but also encompassed more structural interventions, like the importance of networking and of creating stronger connections and synergies among the different organizations that work or volunteer in the mobility and migration sector.

One last aspect was very important to the participants of this workshop, that is the importance of celebrating, having “Festa!” meaning social gatherings, with food, beverages, a playful and relaxed atmosphere that would bring together different people, unite them in the cooking – eating – celebrating aspects of throwing a party and that would therefore enhance the social cohesion of the area.