Cities are a scene of resistance and innovation, often in terms of spontaneous ruptures: the place where social protests erupt and mutual cooperation unfolds, where street mobilisations and processes of cultural creation and productive innovation emerge.

The European Commission has recently stressed the leading role of cities and metropolitan areas and the need for stronger coordination and exchange between them. More than 70% of Europeans live in urban areas, where 75% of energy consumption and 80% of emissions are also concentrated, placing them at the core of the environmental crisis. Precisely in such a critical context, cities – as was the case in crucial moments of transition in European history – can play again a leading role. The Western route caravan is going to travel to meet city representatives and citizens’ initiatives in order to promote the exchange of best practice between governments and activists, and raise awareness of the importance that cities play in the international arena. 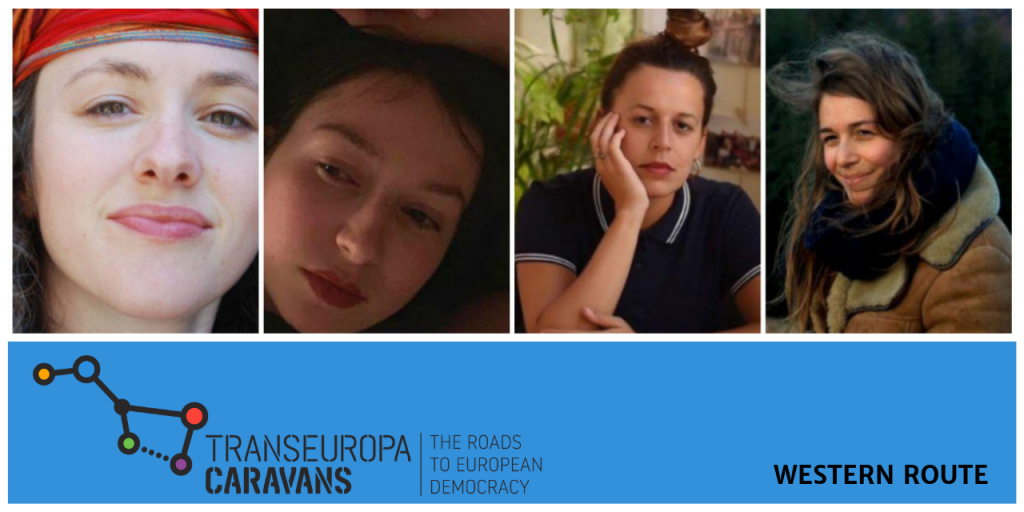 Here is where our caravan comes in. During our travels, we are planning to engage with citizens, initiatives and organisations that aim to turn the cities they live in into better places for the future. We are hoping to help inform the public about the good work that’s being done, and give visibility to initiatives, organisations and municipalities that empower citizens and promote a sense of solidarity and community building. We also aim to connect organisations that fight for similar objectives and facilitate future cooperation.

As well as working with grassroots initiatives that do activism around mobile EU citizens’ rights, democratic engagement and social inclusion of groups such as migrants, LGBTQI+ people, homeless people, women or the elderly, we also want to engage with local authorities that do inspirational work, and create a network of Cities of Solidarity. We will in particular promote projects that show and prove that solidarity between citizens is possible and effective. Through activities such as film screenings, debates, art, urban interventions and workshops, we are hoping to inspire citizens and organisations to build bridges, connect their struggles and positively contribute to a brighter bigger picture.