“The factory has its own rules. It’s never a non-stop job. There’s lots of technology involved, so often something stops or breaks. I have 45 seconds to check if the fragment of the material for a car has no defects.”

Krzysztof (name changed) during the last years learnt how to do his work properly. Now he’s on time not only with checking what he needs to but he even has time to read the info written on a small screen above his work place, indicating where the car on which he is working will end up. He can learn to which country and city it shall go and what the name of a client is.

Krzysztof comes from Zgorzelec in Southern Poland. He used to work as a miner. He had a wife and two kids. The mine closed and his wife asked for a divorce. So he left – as nothing kept him in his country anymore. He worked in Britain, Germany, Austria and Switzerland. In Swizerland wages were definitely the best. But in the Czech Republic it’s also fine. He works here, in the Škoda factory in Mladá Boleslav, together with many fellow Poles and other foreigners. “We often joke that the Škoda factory was built first, and the rest of the city was constructed afterwards. This place really lives to the rhytm of the factory,” Krzysztof looks for defects on the tin ware. If he finds something he cannot fix on his own, he stops the production line. There is a small suggestion from above not to stop the line, but everybody knows that it is really needed if there is a serious flaw. “Human mistake. It’s normal. There are some robots in the factory but our job is for humans. While attaching a door to a car, you press the car with your knee too strongly and immediately there is a defect. Especially when you are new to this job.”

Krzysztof has worked in the factory for two years now. Soon he should move from being employed by the external work agency to being a “škodoviak”, which means that finally he’ll be emloyed directly by the company. Employment by an external agency (in the case of Krzysztof it’s the Manpower company) is very common among migrants working in the Czech Republic. “My experiences have been good, but I heard about some cases in which the workers were exploited or they signed documents for less hours than they were supposed to do in reality. In our factory it does not happen often as for some years the workers’ unions of Škoda have been taking care of the agency workers too. Before, they only cared about škodoviaks. Now they fight for our rights,” Krzysztof adds.

He, too, is a member of the union. While signing the contract with the job agency, together with other documents, he received a application sheet to join the union. “The škodoviaks sometimes don’t like agency workers as we can take more extra hours. Actually, we have to do them to get paid the contracted sum of money. Then we have a hostel or appartment assured by the agency, so we do not have to pay it anymore. The agency takes a part of our salary to pay these expenses. Then they give us clothes, some cleaning products, maybe stupid things, but these are gestures that mean that somebody cares about us.” 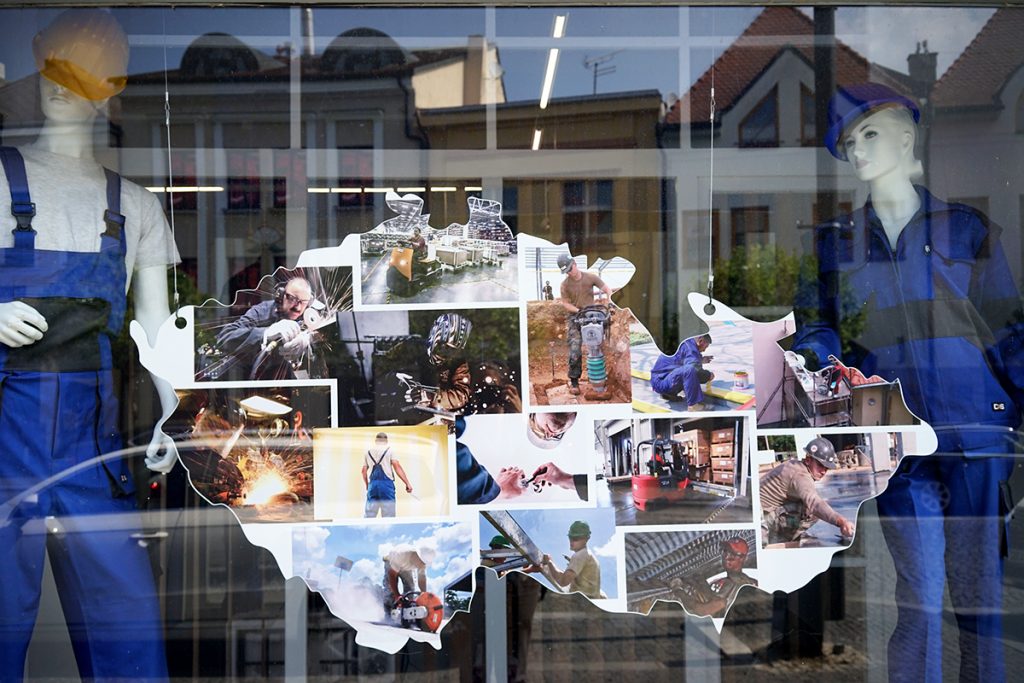 During the last seven years of working abroad, Krzysztof has learnt to appreciate the social conditions, as he says. Since last year he’s lived together with five other Polish workers in a private apartment, and he hopes not to get back to the workers’ hostel anymore. The conditions in the hostels provided by the agencies usually are very bad, the sanitary level is low. Then, many times coming back to the hostel he was afraid that his stuff would be stolen. Even if today he desribes his working conditions as very good, when we ask about the feeling of safety, he thinks for a while and says, “I don’t feel safe. I am aware that they can fire me anytime. In the Czech Republic it’s not worth getting sick. For the first three days you’re not getting paid at all, then you get 60% of the salary. So even if I am ill and I have fever I just put on the warm clothes and I go to work anyway. I do not ride a bicycle after drinking beer – if I broke my leg, it could be a big problem. Strange: in Poland I was getting ill. Here, I am basically always healthy. In Poland I had plans. Now I do not make them anymore.”

Krzysztof is one of the workers of the Škoda factory in Mlada Boleslav with whom we talked during our stay in the city.

We are travelling around the cities and towns of Poland, Czechia and Slovakia, learning about the lives and struggles of migrant workers. Follow us on the hashtags #TranseuropaCaravans #VisegradRoute.