“Boleslav for Boleslavians. Zero tolerance for foreigners! You want to work in our city? Adapt or go home!”

– threatened Raduan Newlati from his billboards. For twelve years he has been Mayor of Mladá Boleslav, a city with a population of 45 000 located in the North of Czech Republic, known as the place where Škoda has its headquarters. The car factory is the biggest employer in Mladá and its main economic force with more than 10 000 jobs to offer – 10% of which are taken by foreigners.

Mayor Newlati’s warning was expressed during last year’s electoral campaign for the Czech Senate. It must have been approved by voters, because for several months now Newlati has been dividing his responsibilities between Mladá and Prague.

The Mayor’s father had settled in Czechoslovakia before Newlati’s birth. He was a Syrian migrant hoping for better life opportunities in Europe. 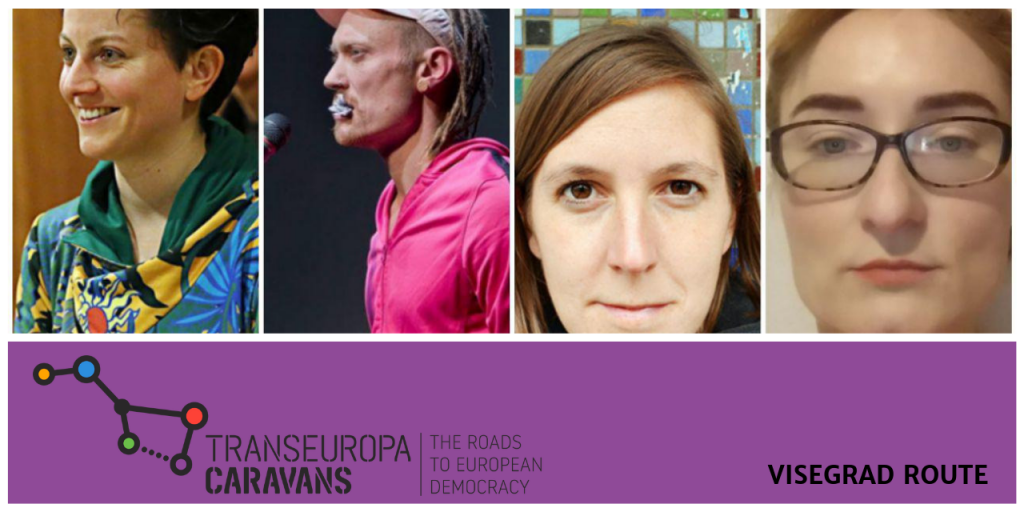 “Czech Republic for Czechs”, “Slovakia for Slovaks”, “Poland for Poles.”
We visit three Central European countries to check what would have happened if those slogans – familiar for many in the last few years – became a political and social reality.

Have we ever wondered what our cities would look like – their industry, public transport, healthcare or tourism – if one day all migrant workers decided to leave?

In Wałbrzych (PL), a postindustrial city in South-Western Poland with over 100 000 inhabitants, every other bus driver is Ukrainian. Nevertheless, local authorities invest virtually no effort in their integration or creating support programs. On the other hand, grassroots initiatives grow as the local community organizes Polish language courses for Ukrainians. In Wałbrzych, we are going to meet not only migrant workers and people who are trying to help them, but also representatives of local authorities.

Next, we are going to visit Mlada Boleslav (CZ) to learn about the situation of migrants of Polish and other European and non-European origin working in the Škoda factory, often called “the migrant ghetto.” We will also meet members of several organizations helping migrants in Prague (CZ) and Bratislava (SK), and organize meetings with people of different origin working for the international company Foxxcon, famous for exploiting its workers, creating near-slavery work conditions and not respecting employment contracts and agreements.  We are going to reach people employed in the car industry in Trnava (SK) and the factory workers in Nitra (SK). In those cities we are going to talk with members of trade unions representing migrant workers.

What are the conditions of migrants’ employment? How do the offers and promises given by recruitment agencies differ from the real everyday duties of foreign-born workers? Why are workers’ salaries and rights related to their nationality? What are the attitudes towards migrant workers in the municipalities and, on the other hand, in corporations? Are they different? Are EU citizens much more privileged while working abroad in comparison to non-EU citizens? On our way with the Caravan, we will be looking for answers to all these questions.

Soon, we are going to choose our representatives in the European Parliament. Candidates dedicate a lot of space in their programs to the future of Europe and its citizens. We want to look at Europe and its future from the perspectives of those who – without European passports – are actively involved in the co-creation of our everyday reality.