In the year of the 2019 European Parliament elections, a group of young activists will be travelling throughout 15 European countries on board of 5 caravans, mobilising on a truly transnational, pan-European campaign reaching out to places of struggle and resistance. They all have something in common: they’ve decided to board these caravans in a moment of political and social urgency in their countries, acting in defence of their fundamental rights beyond borders, and resisting the rise of the far-right, racism, xenophobia and nationalism. Before they hit the road, here are the answers to some questions you might be wondering about Transeuropa Caravans.

1. Who are the people traveling in Transeuropa Caravans?

In February 2019, European Alternatives launched an open call for applications, looking for activists to join the caravans – and almost three hundred people applied. A communications officer, a facilitator, a logistics manager and a general coordinator compose each team. They were selected following the criteria of professional experience, motivation, political commitment and their background as activists. They are all young activists with long experience in different fields and movements, coming from different countries, but with a common feeling of urgency and belief that global problems – from the rise of the far-right, the denial of climate change, the impact of patriarchy and xenophobia -require global solutions that cross our borders.

The Visegrad Route caravan has a slightly different profile, where instead of activists, a theatre group will perform in different places across the Visegrad region, promoting artivism in a region where nationalism, the shrinking of civic space and illiberal trends are a growing threat. On each route’s page you can find the profiles of all participants.

2. Why are they traveling across Europe?

While there is strong narrative about young people being egocentric, apolitical, and not engaged in trying to change society for the better, the Caravans teams are proving that the future belongs to those who do not give up. They will be traveling to connect the dots, to meet the makers of tomorrow’s society who are already working on the ground and changing their reality, even when they are not being heard. They will tell all those stories and push for alternatives. There is a way to defeat nationalism, patriarchy and climate change denial. And it’s by doing exactly the opposite. Forcefully.

3. OK, but what exactly are they going to do in each stop?

From 23 to 26 May 2019, European citizens are called to vote for the next European Parliament. Statistics show that voter turnout in the European elections is decreasing every year. However, elections are not only about casting the ballot. While politicians have been neglecting citizen’s voices, the last decade has seen citizens across the continent mobilising to directly address their struggles. From transnational actions of feminist solidarity and resistance to fascism, to innovative ways of local participation in municipalist experiences. From the protection of the environment to the opening of borders and welcome initiatives for migrants. Looking across the many different cities and initiatives encountered by the Transeuropa Caravans, the teams in each caravan will engage with the people involved on the ground in political struggles to highlight issues and open spaces to discuss people’s needs. How? In many different ways: by organising trainings, workshops, film screenings, debates, conferences, performances, and more.

4. And how are they deciding the stops along the route?

Collaboration with local realities, organisations and social movements in each city and town will be fundamental in the planning of the routes. The caravans’ aim is to work closely with activists on the ground, learning about what they’re campaigning on and how, and cooperating together to fulfil our shared vision. Depending on the availability of each local movement and organisation, he we will confirm the stops trying to adapt as much as possible to their calendars. In collaboration with European Alternatives, Krytyka Polityczna and ECIT Foundation, the teams in each Caravan have mapped in advance a comprehensive picture of actions happening on the ground ahead of the European elections, hoping to create synergies. Do you have any ideas about initiatives the teams should visit? Please do send us an email! transeuropacaravans@gmail.com

5. This sounds exciting. How can I be involved?

Our world needs people who are already working to change Europe. Would you like to join us on one of the routes? Do you want to know if we are going to visit your city? There are many ways to be part of Transeuropa Caravans.

We want 2019 to be the year that sees the change we need. It is up to us to choose which path Europe should take. 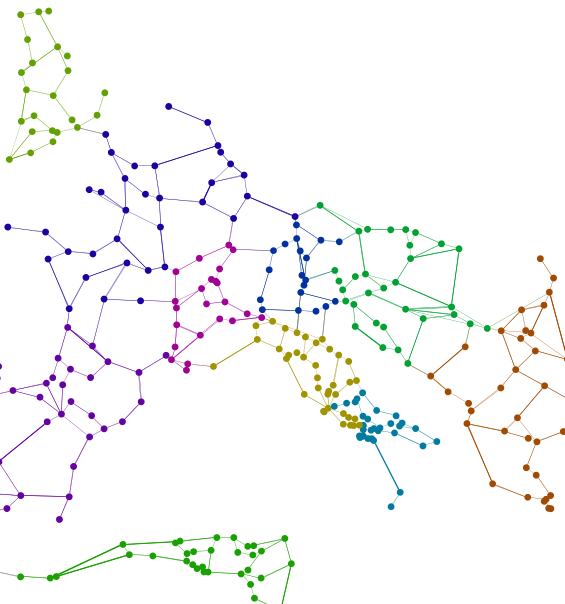